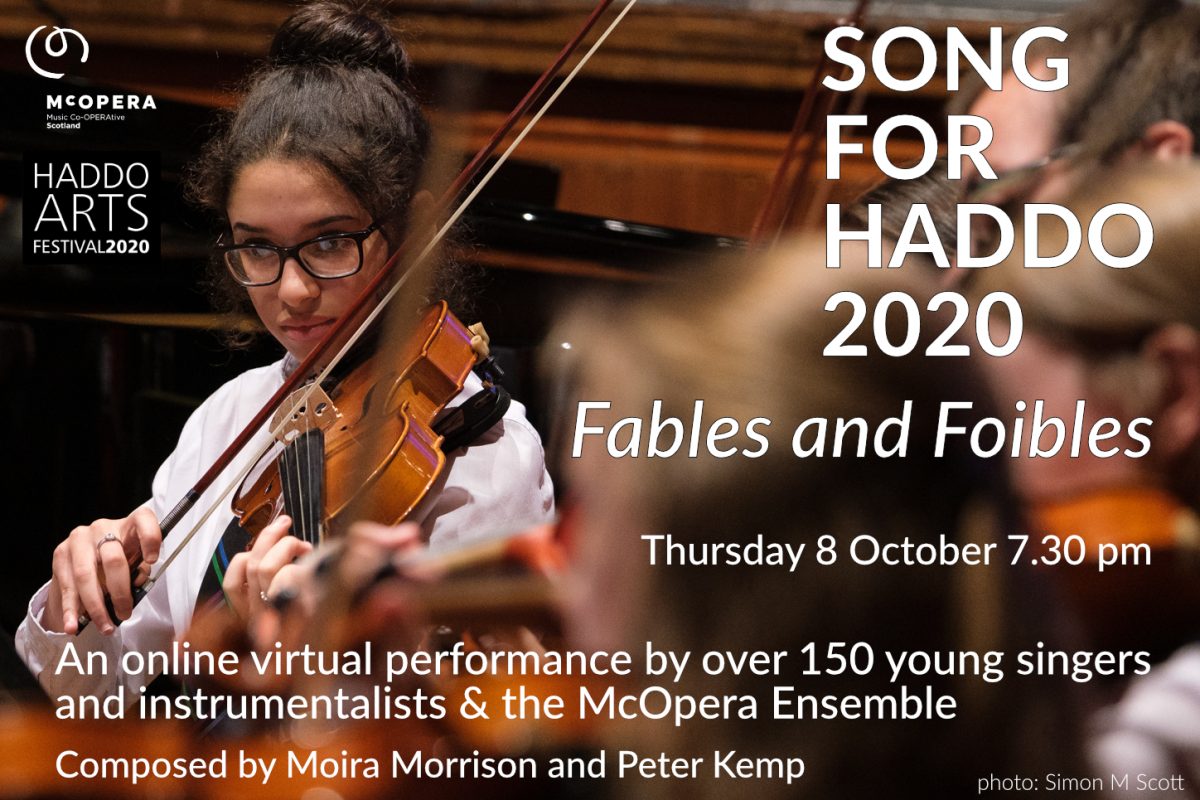 Watch the full performance at the Haddo Arts Festival 2020 here

In a challenging world where both singing and playing wind instruments have been restricted due to the Covid-19 pandemic, our McOpera composers and musicians have once more been working and performing alongside children, young people, tutors and teachers from Aberdeenshire’s schools (joined by East Lothian children’s choir Dunbar Voices) to create a project celebrating music-making!

Following a specially devised series of pre-recorded videos, masterclass sessions and musical tracks for the classroom and at home, a cast of 148 singers, wind and string players have taken part in an exciting online musical re-telling of 7 of Aesop’s fables, the culmination of this year’s Haddo Arts Festival 2020.

Taken from the series of paintings in Haddo House and depicting scenes from Aesop’s timeless fables, these stories inspire us to keep our heads, learn about ourselves and respond creatively to challenging times amidst frenetic social media activity and advancing technology – something which our Hare in particular finds very difficult to do!

In the final piece of Fables and Foibles, the performers are joined by singers and string players from previous projects in a massed orchestration of A Song for Haddo written for the first project back in 2017.
A Song for Haddo project is supported by: Udny Community Trust Company Ltd and David & June Gordon Memorial Trust

With huge thanks to all the parents and the Aberdeenshire teaching staff from the schools and tutors from the Instrumental Music Service, without whom this project could not have happened!

Paintings reproduced by kind permission of the National Trust of Scotland