Music Co-OPERAtive Scotland was formed in the spring of 2012 by musicians from The Orchestra of Scottish Opera, Scotland’s only fully professional opera orchestra, to provide and generate a range of artistically exciting and diverse work in Scotland. Since that time, it has developed a wide portfolio of activity ranging from operatic productions, to bespoke recording projects, orchestral performances and community outreach projects across a wide social and cultural demographic. Recent operatic activity includes the critically acclaimed (5 star) production of Britten’s community opera Noye’s Fludde (Lammermuir Festival 2016) and the world premier of Scottish composer Erik Chisholm’s opera Simoon (Cottier Chamber Project 2015, released as a live performance on Delphian label in November 2016).

“Britten’s warm-hearted monster of a masterpiece fitted beautifully in among the festival’s bold offerings….celebrating the talents of the community, and all the benefits that brings, it was an astonishing achievement… there can have been barely a dry eye in the house”- The Scotsman (September 2016) *****

. . . finely played by the musicians of
Music Co-OPERAtive Scotland . . . 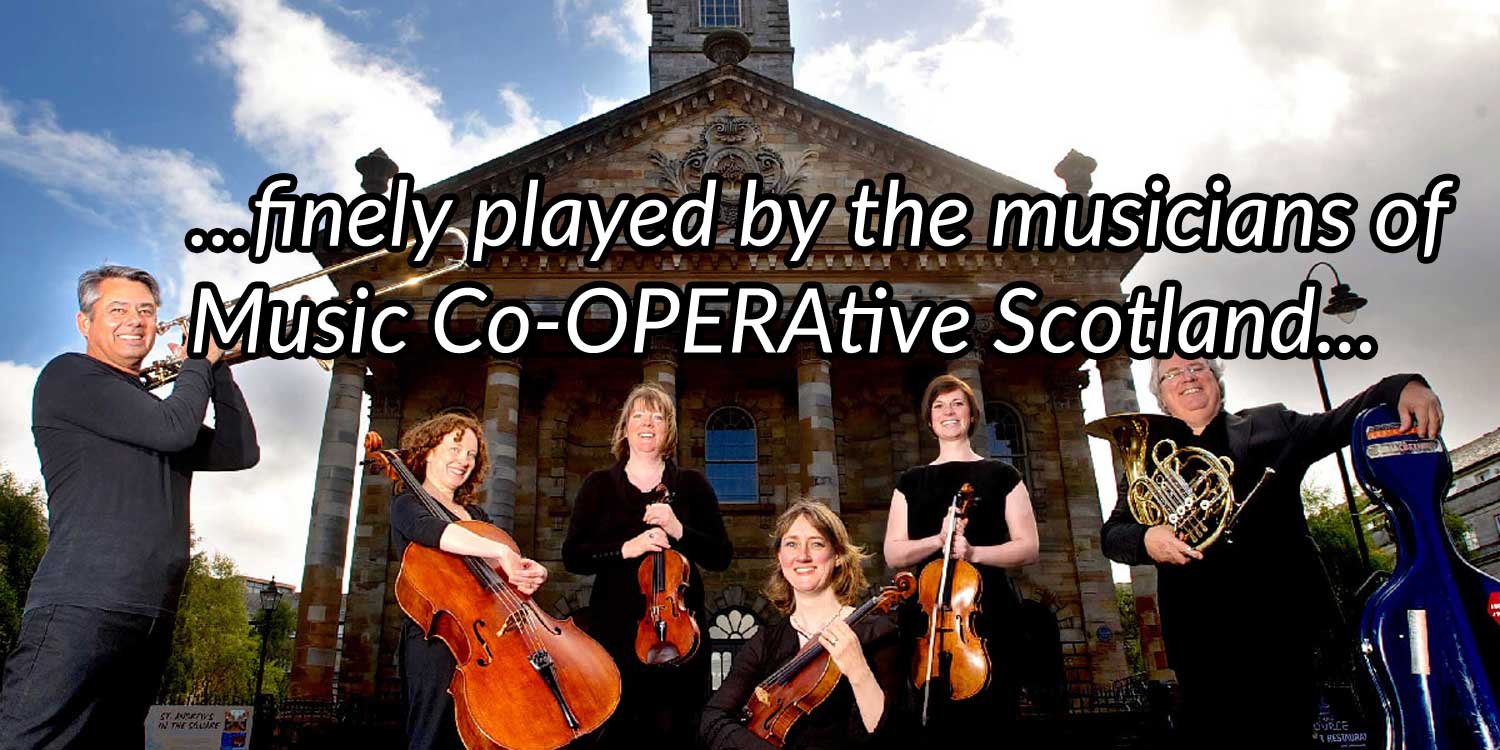 The Orchestra of Scottish Opera has had over 30 years of performing experience since it was founded in 1980 by Sir Alexander Gibson, and has enjoyed international recognition for the high quality of its performances as an integral part of many award winning productions with Scotland’s national opera company.

We are passionate about opera and want everyone to be able to experience the emotional power and intensity of the medium. Our aim is to promote concert performances of opera in new and unexplored venues in Scotland and we are collaborating with digital and production companies to take opera out of theatre and concert hall settings and into informal theatre spaces and non-traditional venues. We are eager to forge relationships with new partners to find ways to bring the full opera experience to new audiences in an inclusive, accessible way.

. . . a valiant performance . . .  focused and atmospheric playing
from the musicians of Music Co-OPERAtive Scotland 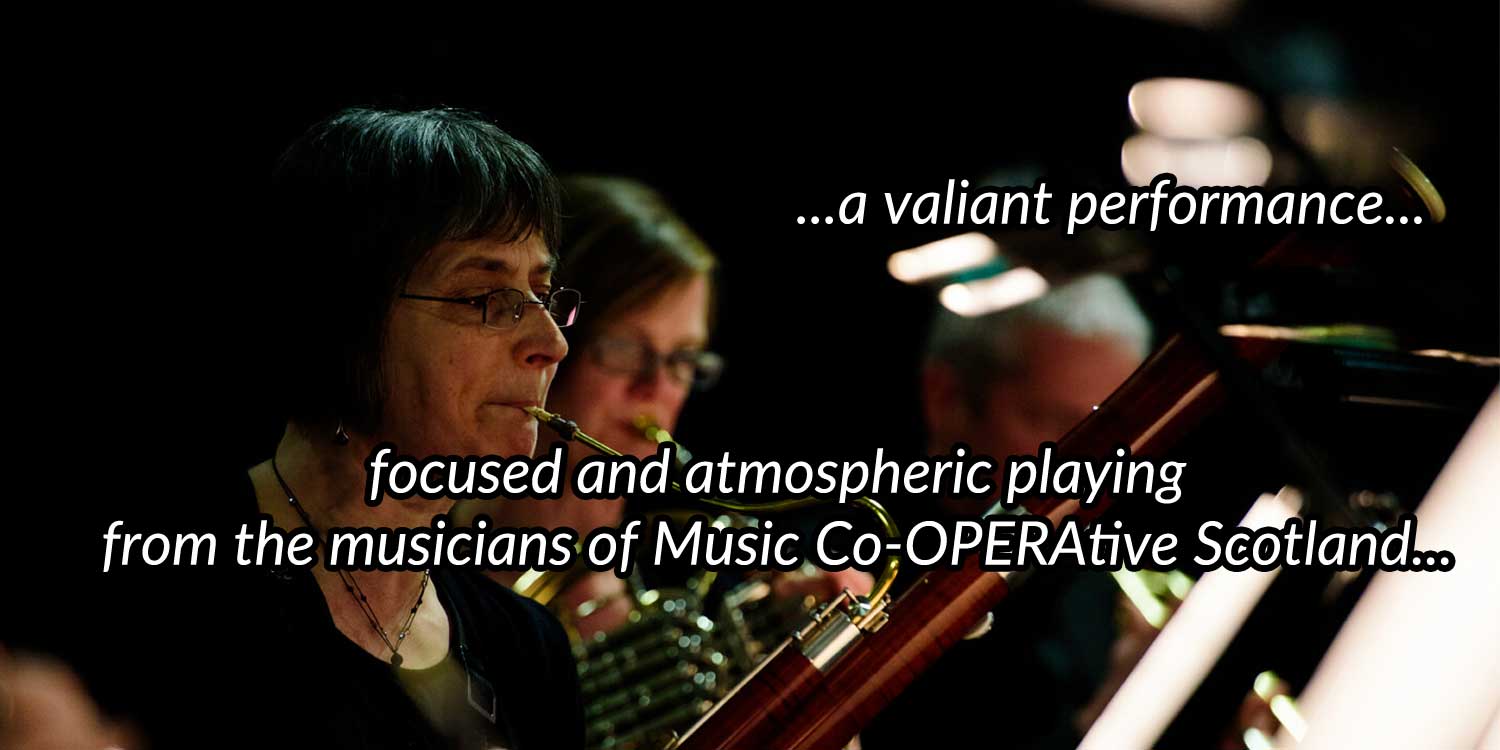 We are keen to support young singers and soloists, either by recording demos or accompanying recitals and can tailor a package to your requirements.

In essence, we are an established opera orchestra with full mastery of the operatic repertoire ready to bring authentic opera accompaniment to your event anywhere in the world. Whether you would like to host a Scottish Glyndebourne or you require experienced orchestral musicians for a European Festival, we are dedicated to achieving the highest artistic standards and would approach a collaboration of this nature with the highest level of commitment and professionalism.

Well done Music Co-OPERAtive Scotland, for taking the leap into the unknown
and making a powerful evening’s entertainment. 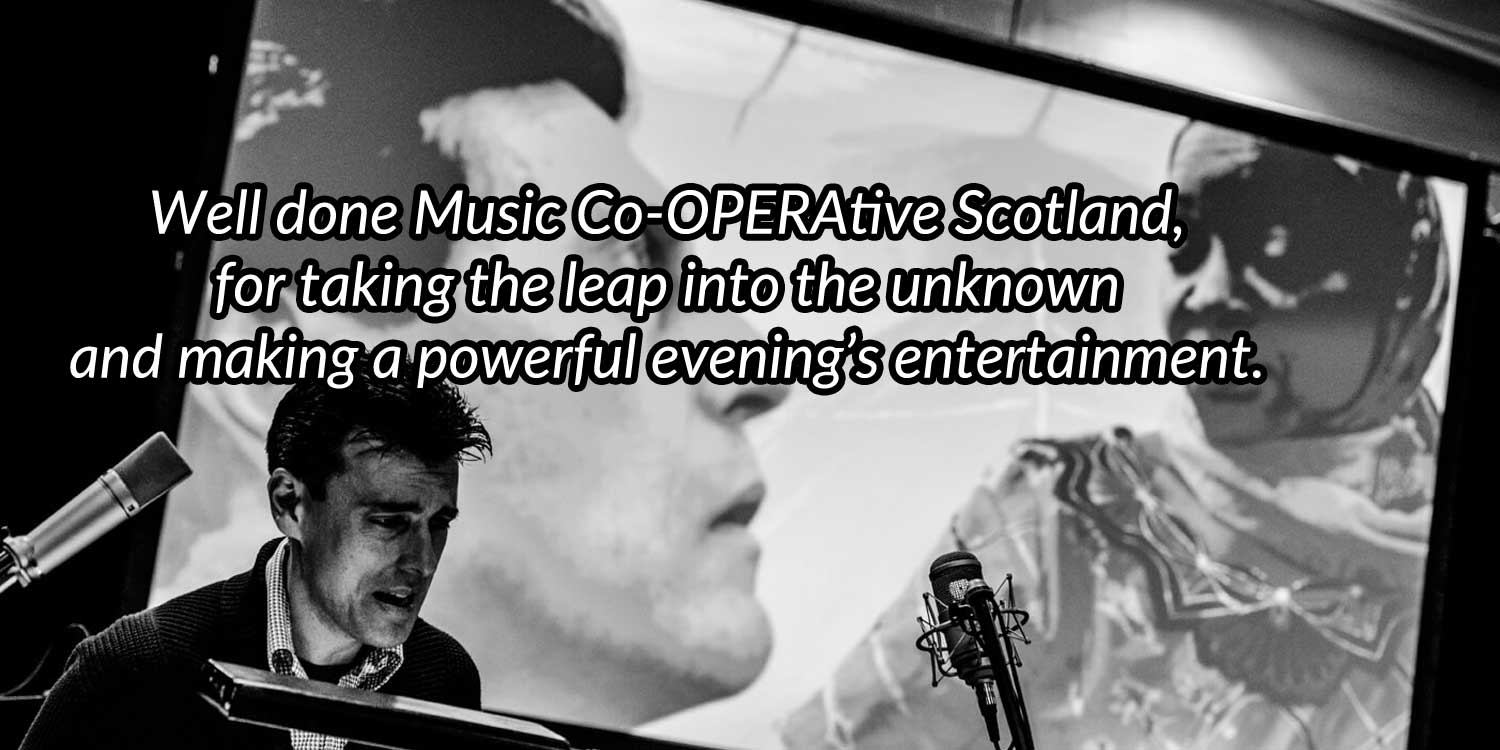 Our musicians are all permanent members of The Orchestra of Scottish Opera with a wealth of performance experience.
Find out more about us as an ensemble.