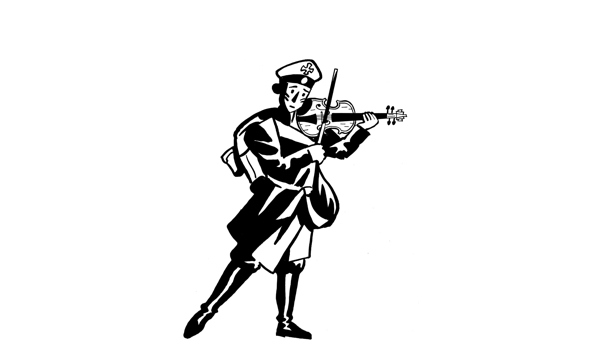 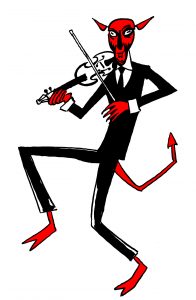 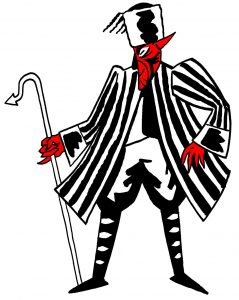 Stravinsky’s iconic music theatre piece A Soldier’s Tale is a timeless parable about a fiddle-playing soldier who meets the devil and trades his violin for untold wealth. In its original concert version and narrated by Flora Munro, this performance is presented with a commissioned film by Edinburgh-based director Roddy Simpson with art work by local artist Derek Gray.

Renowned conductor and former Music Director of English National Opera, Sian Edwards will conduct the Stravinsky with 7 musicians from the McOpera Ensemble, whose players come from the orchestra of Scottish Opera.

In the first half, McOpera presents a new commission by composer Peter Kemp for children’s voices and instrumental ensemble. Set on the Antonine Wall on the day before the Roman soldiers withdraw from Scotland, a Roman Legionary and a local auxiliary soldier discuss the week’s events when the three ‘Auld Wives’ of local folklore ask for passage through the wall. They have nothing to trade but their tales – the tales of Milngavie’s future. 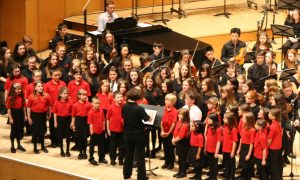 Performed by the East Dunbartonshire Children’s Chorus and Youth Choir, and accompanied by the McOpera Ensemble, the work is presented alongside film using both images taken by members of the Milngavie and Bearsden Camera Club and contemporary archive footage sourced by the Milngavie Heritage Centre.

Tickets from The Iron Chef, Milngavie or on the door

Billington’s Coffee House, Milton of Campsie at 11.20am: the site of Vicenzo Lunardi’s Balloon Landing on December 5th 1785

Waitrose (Milngavie) at 12pm: with Antoninus Pius’ garden plus the site of the last resting place of George Bennie’s iconic Railplane