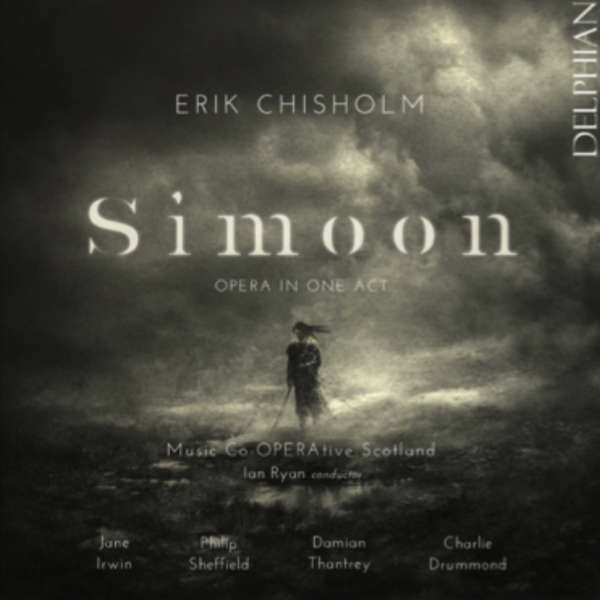 Delphian Records are offering a 25% discount for all purchases for a limited period via https://www.facebook.com/delphianrecords of our live CD of Erik Chisholm’s Simoon. Recorded at the Cottier Chamber Project in June 2015, this performance was released by Delphian Records in November 2016 to 4 star reviews in both BBC Music Magazine, Gramophone and online.

Simoon (DCD34139) is lauded for the ‘remarkable range of incident and colour … the playing, singing and conducting are all excellent: Jane Irwin rises impressively to the challenge of the wide soprano-to-mezzo range of Biskra’s part, with Damian Thantrey’s Guimard equally secure and accurate.’ Performance **** Recording ****  – BBC Music Magazine

‘Jane Irwin gives a fearless performance as Biskra, Damian Thantrey is bruised and swaggering as Guimard and Philip Sheffield is a sensitive Yusuf. These are the same forces that gave the premiere: Ian Ryan conducting Music Co OPERAtive Scotland, a collective of Scottish Opera’s freelance orchestral players who clinch the taught, simmering angularity as well as the glittering refinement of Chisholm’s ensemble-writing.’

With such a complex score, the live recording brings out a remarkable amount of detail in the music and the live ambience helps, I think, the visceral buzz of the music. The musicians of Music Co-OPERAtive Scotland under Ian Ryan make thrilling work of Chisholm’s music.’