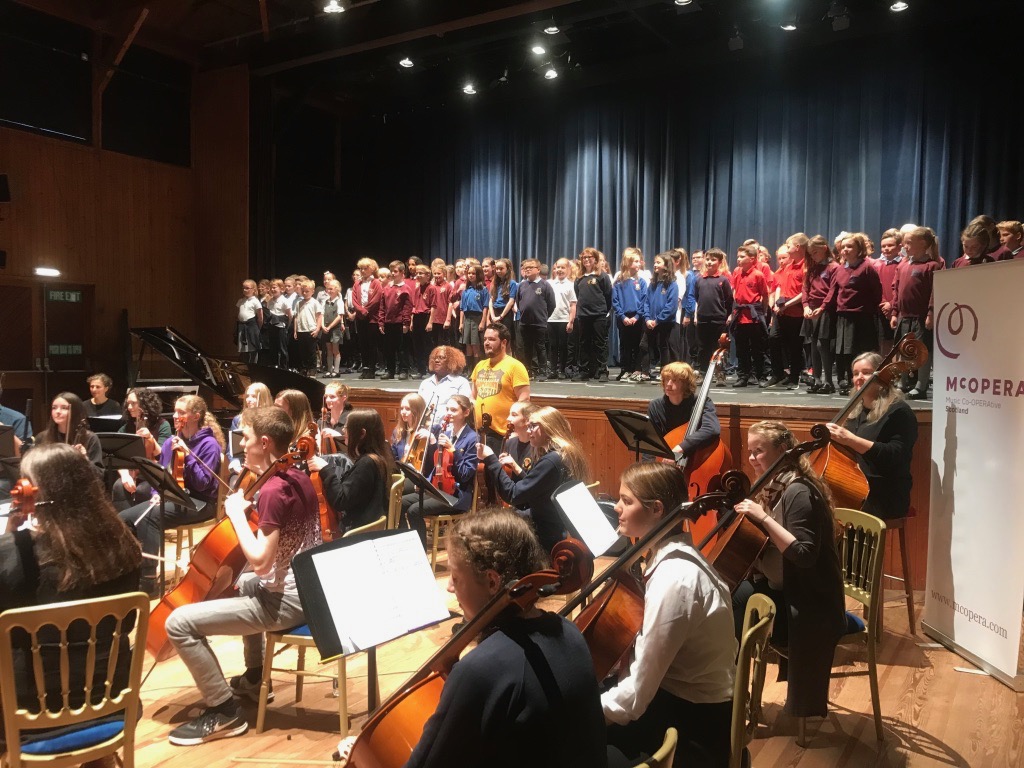 In an exciting development of last year’s outreach project at the Haddo Arts Festival, McOpera Outreach and conductor Andrew McTaggart returned to work with over 100 children drawn from 6 local primary schools, performing a selection of songs composed for Snape Maltings by the 2018 Friday Afternoons’ composer-in-residence, Errollyn Wallen. We were delighted to welcome Errollyn to Haddo for the final rehearsal and the performance.

The chorus also performed the ‘Song for Haddo’ written by Moira Morrison, whilst the strings accompanied baritone Andrew McTaggart in a selection of short arias.

When:
Thursday 11 October at 6pm