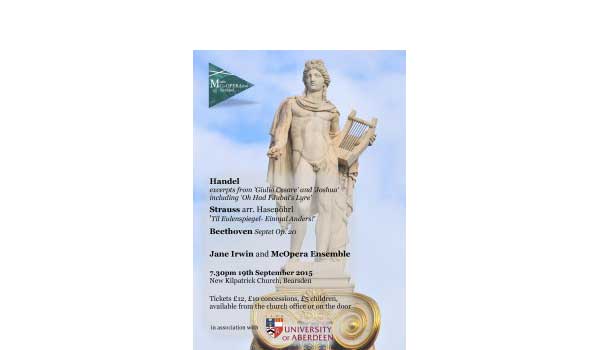 In November 2013 Music Co-OPERAtive Scotland visited Aberdeen University for a Friday lunchtime concert, then subsequently to deliver masterclasses later in the academic year. These visits were a resounding success and have led to the development of our relationship in academic session 2014 / 2015, leading to a broad range of concerts, masterclasses and workshops over the three-year period of tenure, beginning September 2015.

Tickets available on the door.

There were also workshops with a selection of Aberdeen Music Students during this visit.